Dr. Joseph Wilhelm Explains the ZIKA Virus and its Possible Effect on the Eye

Dr. Joseph Wilhelm Explains the ZIKA Virus and its Possible Effect on the Eye

ZIKA virus is a single stranded RNA virus that is transmitted by the Aedes Aegypti mosquito and mosquitoes of the culicidae family.
ZIKA virus is often associated with Dengue fever and Chikungunya disease.  ZIKA was first discovered in Africa.  The type found in Brazil came from the Pacific Islands.  Over one million people in Brazil have been infected.  ZIKA has spread to other South American countries, Puerto Rico and Virgin Islands.  ZIKA has not been found in the continental US at this time.
ZIKA can only be diagnosed by a polymerase chain reaction test done in the first week of infection.  After this, the diagnosis is made by symptoms and exam.  At this time there is no commercially available test to diagnose ZIKA although there are hopes that one will be developed soon.
The CDC recommends that people in which ZIKA has been found should use mosquito repellant, wear long pants, long sleeve shirts and stay indoors with window and door screens. The CDC has a ZIKA travel information website. 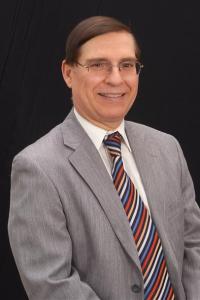 Only about one in five people with ZIKA have symptoms.  In those people who do have symptoms the symptoms occur two weeks after the mosquito bite.  People may notice joint pain, muscle pain, red eye, headache or a rash.
The reason that everyone is becoming so focused on ZIKA is that in Brazil after the infection became widespread there developed an increased incidence of children born with microcephaly or head circumference less 32 cm.  This may be due to previous ZIKA infection during pregnancy.
In one study of 29 children with microcephaly 64.7% had lesions involving the center of vision in each eye.  47.1% had damage to the optic nerve.  11.8% has iris abnormalities.
Because of this, the CDC recommends that pregnant women not travel in areas where ZIKA has been found.
Source: CDC, JAMA ophthalmology Feb 9, 2016